I almost felt the need to go into mourning. I can’t believe that just happened!!

So many moving parts in this story. Gang rivalry. Revenge. Supreme power. Follow the drugs? Follow the money? What about the paintings?

Just like with any investigation, various law enforcement agencies are expected to play nice. Benedict only plays nice when his arm is twisted. Good thing he’s so effective; otherwise, I doubt any agency would want to claim him. And just like many agency’s decisions, regret follows soon after realizing key personnel had been terminated. Like my dad says, “Oh well.”

I would’ve liked to have seen more of Team Hanson, but hackers tend to prefer working in their own shadows. I don’t remember Paddy crushing anyone this time, but he does appear to be crushing on someone… He’s so freaking adorable!

By the end of the book, we know who Jasper is. Very sneaky, by the way. Ray is still alive, but barely. The mysterious stranger has made another appearance. I’m beginning to wonder if it’s the author making a cameo appearance, like Alfred Hitchcock and Stan Lee. 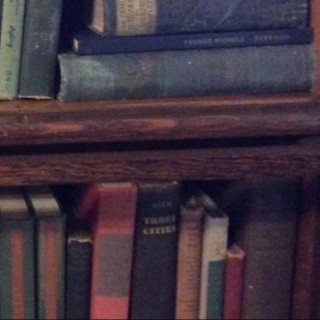 I am an avid reader. I love blogging my heartfelt reviews. I enjoy playing video games, drinking wine, dating my husband, and harassing my 3 teenagers.